LED’s Wincanton Sports Centre is a state of the art facility designed to look after all of you and your family’s leisure needs!
Their amazing 25-metre swimming pool has an adjustable floor to enable the depth to be altered and has such a comprehensive range of lessons and sessions – you can be assured there’s something for everyone! 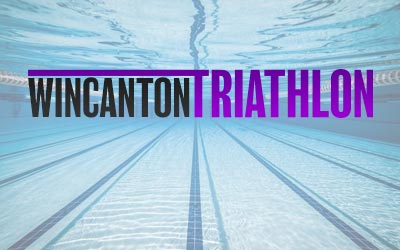 Windmill Hill was the site of a Bronze Age Beaker culture burial, and contemporary artefacts have been found on the Selwood Ridge.

Prior to the Norman Conquest Wincanton was frequently the scene of battles between the Britons, Danes and Saxons. During the reign of Edmund Ironside, the English, under his command, defeated the Danes, forcing them to leave England.

In the Domesday Book the name of the town was spelled as “Wincaleton”, thought to mean “Pleasant town on the Cale”. Cockroad Wood Castle, which is now in the parish of Charlton Musgrove, was a motte and bailey castle, probably built after the Norman conquest of England of 1066.[6] The castle sits close to the contemporary Norman castles of Ballands and Castle Orchard, and may have been built as part of a system of fortifications to control the surrounding area. By 1086 the surrounding land was held by Walter of Douai, although no documentary evidence of the castle remains.

The parish of Wincanton was part of the Norton Ferris Hundred.

Wincanton was probably the site of a market in the medieval period but did not gain a market and fair charter until 1556.

The town was the scene of one of the few armed skirmishes in England during the Revolution of 1688. A troop of Horse Guards under Patrick Sarsfield, loyal to James II, defeated an advance party of troops fighting for William of Orange, on 20 November 1688. A great part of the town was destroyed by fires in the years 1707 and 1747.